…Cause when you worry

Your face will frown

And that will bring everybody down

This realization inspired Dr. Fruitman to found Trifecta Med Spa,a division of Trifecta Health Medical Center, where he administers Botox exclusively for cosmetic purposes. By immobilizing the muscles that cause crow’s feet and smile lines, Dr. Fruitman makes it easier for patients to never frown again.

We smile when we are happy, and we frown when we are sad. But what about the logical inverse: can we make ourselves happy by smiling and sad by frowning? Recent research involving cosmetic Botox injections says: Unequivocally, Yes! But what can a person do with all those permanent worry lines that appear after decades of worrying about their jobs, families and finances? This provides the basis for the claim (substantiated scientifically, but not yet FDA approved) that Botox injections into the forehead frown lines remove not only wrinkles, but also some negative emotions. 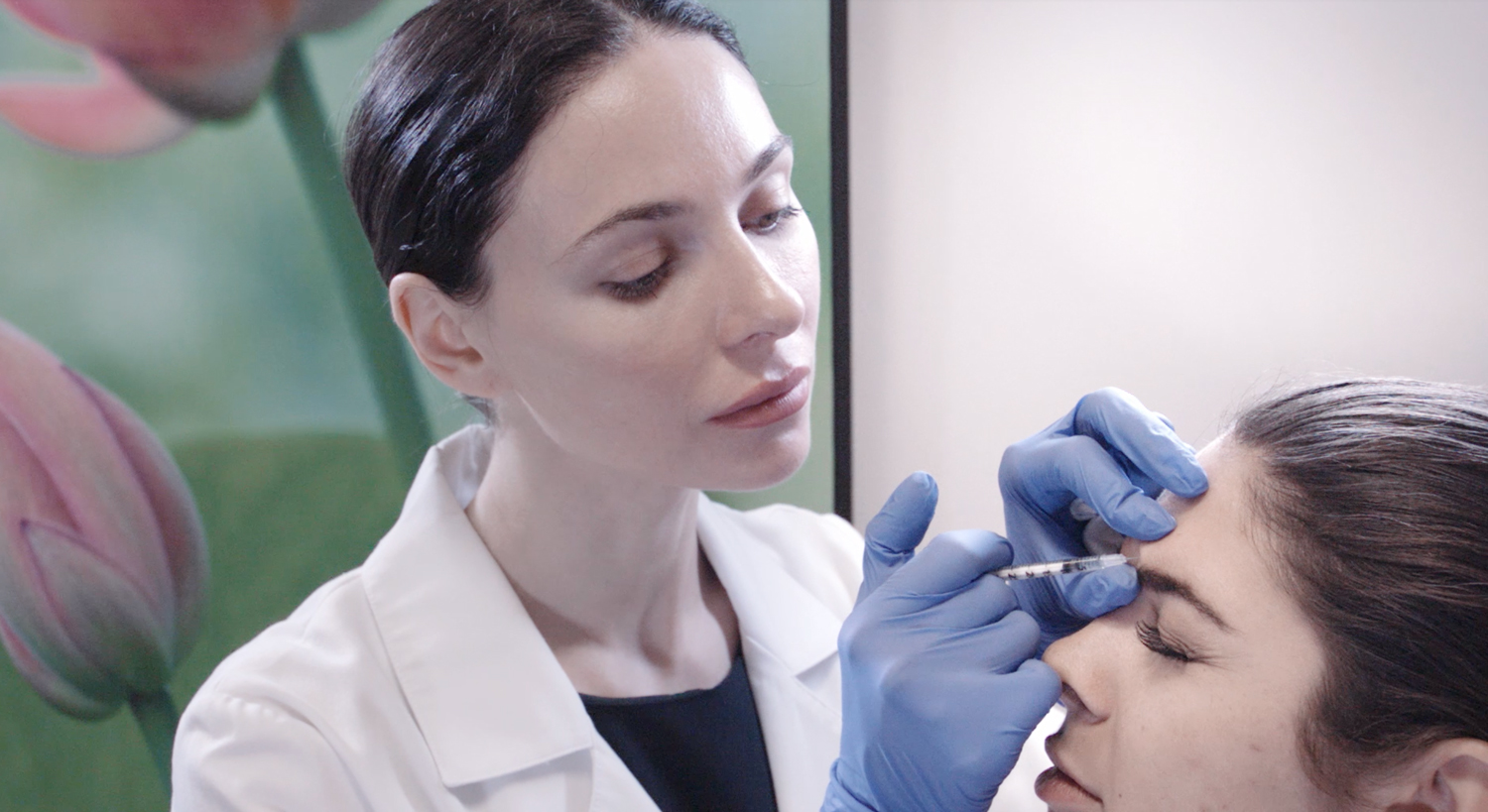 A scientific study, recently published by psychologists at the University of Cardiff in Wales, found that people become happier, on average, once their ability to frown is diminished by cosmetic Botox injections.

The only visible difference between the groups was that Botox recipients could not frown and had reduced worry lines. In general, the Botox recipients reported feeling happier and less anxious. Even the women who did not report feeling more beautiful following a Botox injections received the psychological benefit of being less anxious and less depressed.

Researchers concluded that the psychological benefit of Botox injections NYC may be independent of thepsychological boost associated with the cosmetic effect of enhanced appearance.

In another recently published study, scientists at the Technical University of Munich in Germany scanned the brains of Botox recipients with fMRI machines while asking them to mimic angry faces. They found that people who are unable to frown fully due to Botox injection into the forehead were not able to activate the area of the brain responsible for negative emotions.

In a clinical study published in the February 23, 2012 issue of the Journal of Psychiatric Research, a research team from Psychiatric Hospital of the University of Basel, Switzerland, reported that depressed patients improved following one Botox treatment, even when previous attempts at treatment of Depression failed.

“This study shows that a single treatment of the glabellar region with botulinum toxin may shortly accomplish a strong and sustained alleviation of Depression in patients, who did not improve sufficiently on previous medications. It supports the concept, that the facial musculature not only expresses, but also regulates mood states.”
Trifecta Approach to Botox Injections as Adjunctive Treatment of Anxiety and Depression
At Trifecta, Cosmetic NYC Botox injections are administered by physicians who are trained not only in aesthetic medicine and Botox injection techniques, but are also Psychiatrists.

At Trifecta, Cosmetic NYC Botox injections are administered by physicians who are trained not only in aesthetic medicine and Botox injection techniques, but are also Psychiatrists.

We believe that cosmetic Botox injections can improve person’s appearance and may help sustain positive mood.

We suggest cosmetic Botox injections only as an adjunct to Depression and Anxiety treatment, to be recommended for that purpose following a careful and thoughtful clinical assessment. Botox injections can not be considered primary or stand-alone treatment of Anxiety and Depression, and do not carry FDA recommendation for any mental condition at this time.

We welcome anyone who is interested in improving their appearance, self-image and life style. We believe that Botox Injections are a safe and effective method in improving appearance and looking years younger.We are ready to support our patients in any endeavor that is designed to improve their beauty, mental health, wellness and wellbeing